Is Rowing the New Spinning? How 3 Friends Started Their Own Weight Loss Program and Lost 60 Pounds 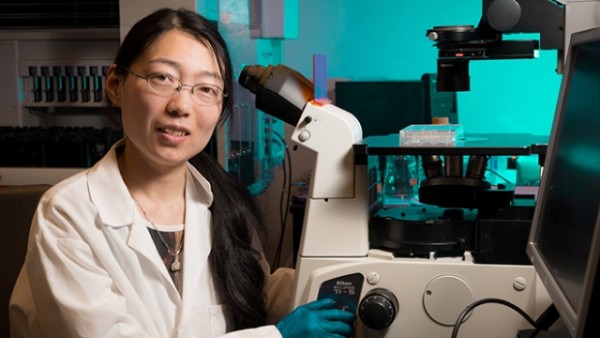 The team first collected skin cells, fibroblasts, from laboratory mice. They transformed fibroblasts into endoderm-like cells through a unique ‘cocktail’ of molecules and reprogramming factors. Endoderm cells are a type of cells found in the early embryo. Endoderm cells eventually develop into body’s major organs, including the pancreas (where the production of β-cells takes place). Pancreatic beta cells is the body’s insulin ‘factory’.

“Using another chemical cocktail, we then transformed these endoderm-like cells into cells that mimicked early pancreas-like cells, which we called PPLC’s,” Gladstone Postdoctoral Scholar Ke Li, PhD, the paper’s lead author, said in a statement. “Our initial goal was to see whether we could coax these PPLC’s to mature into cells that, like β-cells, respond to the correct chemical signals and-most importantly-secrete insulin. And our initial experiments, performed in a petri dish, revealed that they did.”

The researchers then injected PPLC’s into mice that were modified to have hyperglycemia, a key indicator of diabetes.

“Importantly, just one week post-transplant, the animals’ glucose levels started to decrease, and gradually approached normal levels,” Dr. Li said. “And when we removed the transplanted cells, we saw an immediate glucose spike, revealing a direct link between the transplantation of the PPLC’s and reduced hyperglycemia.”

The finding is online in the journal Cell Stem Cell.

Type 1 Diabetes, T1D, is caused when the body’s own immune system attacks and destroys insulin-producing beta cells in the pancreas. Every year, more than 15,000 children and 15,000 adults (80 people per day) are diagnosed with T1D in the United States, according to the Juvenile Diabetes Research Foundation. Type 1 diabetes affects both childhood and adults, making them dependent on injected or pumped insulin for life.

“The power of regenerative medicine is that it can potentially provide an unlimited source of functional, insulin-producing beta cells that can then be transplanted into the patient. But previous attempts to produce large quantities of healthy beta cells – and to develop a workable delivery system – have not been entirely successful,” Professor Sheng Ding, from the Gladstone Institutes and University of California at San Francisco (UCSF), said.

P.S.  Finally there seems to a potential cure on the horizon for this terrible disease. Give researchers credit for the ongoing work they are doing.

P.P.S.  Until there is a cure –  –  use the one sure way to prevent diabetic complications, which is to eat right and exercise. Visit exercises for diabetics today for solutions.