What’s more to blame for obesity: Lack of exercise or eating too much? Weight associated with diabetes risk differs by ethnicity 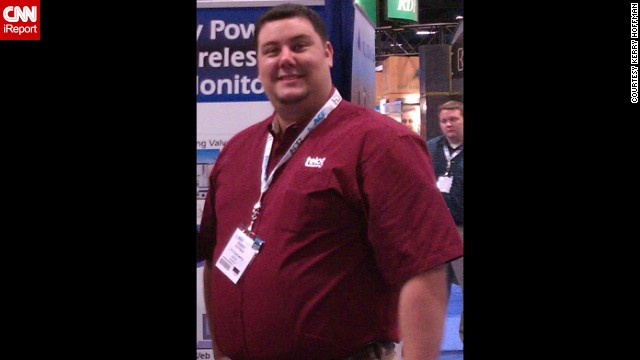 In the summer of 2011, Kerry Hoffman weighed 343 pounds. At 6 feet 1 inch, his body mass index was 45, which is considered severely obese. 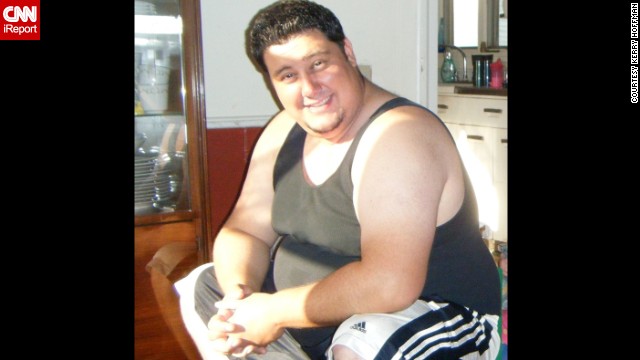 Hoffman realized he would have to make some changes if he wanted to be there when it was time to walk his little girl down the aisle. At the start of 2012, he began working out five days a week and counting calories. 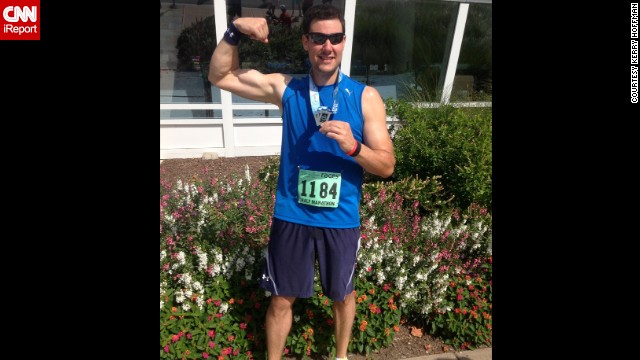 By August 2013, Hoffman was running half marathons. He had lost more than 100 pounds. 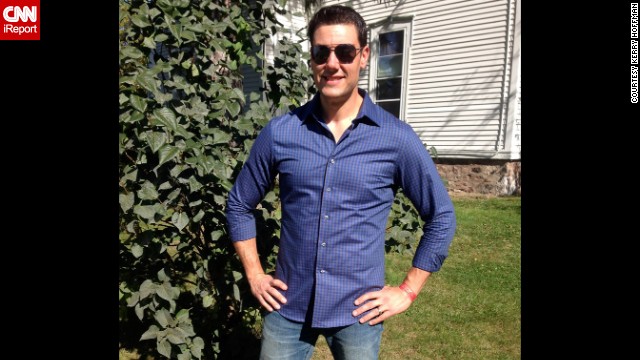 Confident in his new body, Hoffman attended his 10-year college reunion in October 2013. 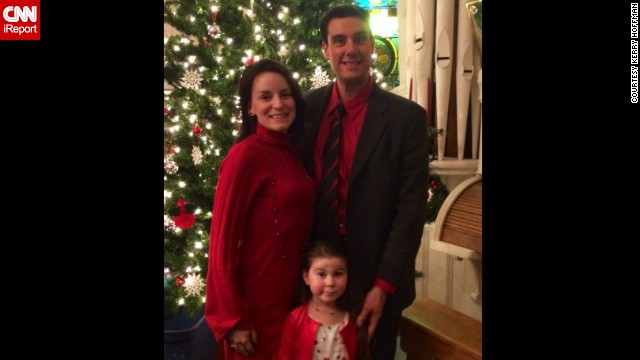 Hoffman used to have high blood pressure, high cholesterol and Type 2 diabetes. With his weight loss, he’s off all medications. He poses here with his wife, Emily, and their daughter, Cadence, at Christmas. 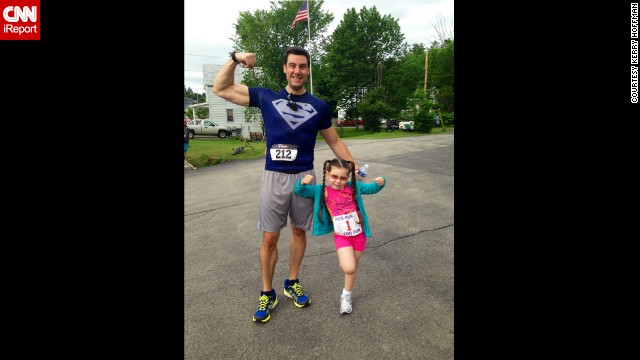 (CNN) — The presents had been opened; the wrapping paper was stuffed in the trash bin. Watching his 2-year-old daughter Cadence playing with her brand new Christmas toys, Kerry Hoffman was suddenly struck by a thought:

“I need to be here to walk her down the aisle.”

Startled by the idea, he turned and caught his reflection in the window, noticing his substantial arms, belly and neck. It was a sight he had grown accustomed to as the years passed, but on this particular day, a new resolve animated him.

“I can control this,” he thought. “And I’ve never really tried before.”

At that moment, he made a promise to himself that he would lose the extra pounds — he didn’t know how just yet, but he would do it all the same. At 6 feet 1 inch tall, he weighed 343 pounds.

It wasn’t always this way.

“I graduated (high school) at 250 pounds, but not necessarily fat. I was from a very small town, and football was king. I started lifting weights at about 13,” Hoffman said. The problem was, “I never did any cardio. I could care less about running. … I ate whatever I wanted.”

That was the status quo until after he graduated college and got married. Then tragedy struck.

“I lost my father to liver disease when he was 55,” Hoffman said. “I think I was subconsciously using food as a coping mechanism because I loved to cook, and I loved to eat, and I still do. … Hindsight is 20-20.”

The day after his “aha” moment — December 28, 2011 — Hoffman joined a new gym near his house. He also scheduled an appointment with the doctor for New Year’s Day 2012.

The doctor performed a routine checkup, noting that Hoffman was already on medication for both high blood pressure and high cholesterol. But Hoffman wanted one more question answered. Near the end of the physical, he requested that the doctor test his blood sugar. It was 277, almost 200% above normal.

It was official: He had diabetes.

“I told the doctor, and this is a direct quote, ‘I’m going to lose over 100 pounds, and I’m going to cure myself of diabetes.'”

The doctor was skeptical, telling him that many people decide to lose weight on New Year’s, and that very few succeed. Hoffman decided to try anyway.

The first day of his new exercise regimen began with a shrill alarm at 5:30 a.m. He had made a commitment not to take time away from his family, so early morning workouts were the logical choice.

When he arrived at the gym, it was completely empty. Immediately, he was struck by the astounding variety of exercise equipment that was available, and his complete lack of experience with any of it.

Even so, he kept it up, five days a week. His wife, Emily Hoffman, was surprised at his commitment.

“He was so determined,” she said, “and any small positive change in his body kept him moving forward.”

The most difficult obstacle for Hoffman was changing his diet.

“Once you’re addicted to food, you’re always addicted to food,” he said. “If somebody put a fresh plate of brownies in front of me, it would be just as hard to say no as it was at the beginning. (But) you can never outwork a poor diet.”

Hoffman began keeping track of his caloric intake with a smart phone app, limiting himself to 2,000 calories a day. He also tried to find healthy versions of his favorite foods: cheese made with skim milk, pizza made with wheat dough and even black bean brownies.

Over the course of the year, Hoffman made swift progress. As the holiday season rolled around again, he made another trip to the doctor. When the results came in for his blood pressure and sugar level tests, both he and he doctor were stunned.

“The doctor called all the nurses and doctors and pediatricians out of their rooms and said ‘This guy actually did it,'” Hoffman remembered proudly. “Everyone clapped.”

But that was not the end. Today, Hoffman weighs 190 pounds.

In order to maintain his healthy lifestyle, he continues to wear a calorie tracker every day. He also keeps two pictures beside his bed, one from before his weight loss and one after, reminding himself every morning and every night, “Never again.”

Hoffman also continues to look for new ways to improve his personal fitness, describing himself as “a fitness dork.” Earlier this year, he participated in his first triathlon. After training “like crazy,” he snagged first place.

From 343 pounds to a lean 190. From not knowing how to use a treadmill to winning a triathlon. From “newbie” to “fitness dork.” In a short time, Hoffman made a drastic change.

P.S.  Good for Kerry Hoffman. Most of us who are overweight know that we need to lose the excess weight or there will be consequences, however life gets in the way. We lose motivation and lack of will power will defeat us.  The slightest set back will cause us revert to old habits. It doesn’t have to be this way.  I hope Kerry’s story will help to motivate those who are overweight to take the plunge and begin in earnest to lose the excess weight.