Get Stronger with Isometric Training Are you having difficulty losing weight? 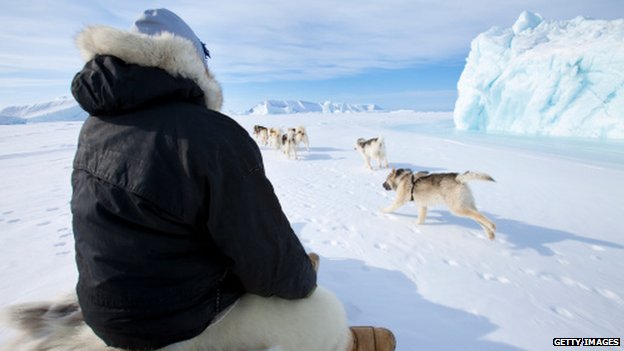 A genetic susceptibility that gives a tenfold increased risk of developing type 2 diabetes has been discovered.

The gene mutation, found in the population of Greenland, will give clues to the different causes of the condition, say Danish scientists.

The research, published in Nature, adds to evidence genetics plays a role in the chances of developing diabetes.

Other factors included lifestyle, with obesity and a bad diet increasing risks, said a diabetes charity.

Several susceptibility genes have been linked with diabetes, meaning that if an individual is carrying one of these genes they face a greater risk of developing diabetes.

Danish researchers say the new mutation is present in almost one in five of Greenlanders.

But Prof Torben Hansen, of the University of Copenhagen, said it was not found in other European, Chinese or African-American populations, suggesting type 2 diabetes has multiple causes.

The gene variation raised the risk of type 2 diabetes by up to ten times, he told BBC News.

“We have identified a new and novel type 2 diabetes gene with a huge increased risk due to insulin resistance in muscle,” he added.

“Type 2 diabetes is not just one disease, it’s many diseases.”

In the long term, this kind of research could help provide new ways to prevent and treat the condition, said Richard Elliott, research communications manager at Diabetes UK.

“Until we know more, maintaining a healthy weight by eating a healthy balanced diet and enjoying regular physical activity is the best way to prevent type 2 diabetes,” he said. 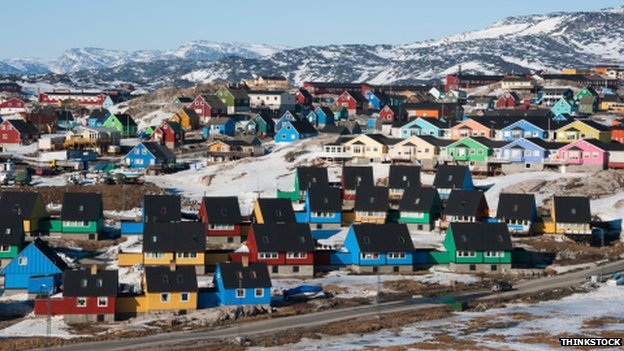 Greenland: The island’s population is only 57,000

Greenlanders are a historically small and isolated population – established by a very small number of individuals.

The island has undergone a rapid transformation from a traditional hunting and fishing society to a modern lifestyle, with an increasing rate of Western diseases.

Type 2 diabetes was once very rare on the island, but it has increased dramatically in the past 50 years.

They discovered that a mutation in a gene called TBC1D4, present in 17% of the population studied, increased risk.

The effects are several times larger than any previous findings.

Unlike other mutations that have been found, it causes problems with the regulation of blood sugar levels after eating.

P.S.  Unfortunately the increase of diabetes in the Greenlanders is not just isolated to this group of people but is becoming more and more prevalent throughout the world. A lot of this can be attributed to the westernized diets, and it can also be blamed on increased inactivity in todays society. We all need to be more mindful of how much physical activity we get each day, especially in an aging population.