Dig In! the Best Foods for Weight Loss 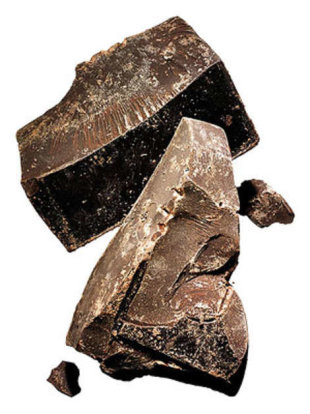 More than half of U.S. adults have way too much abdominal fat. In fact, the average American woman’s waist measures 37 1/2 inches (it should be 35, max). Luckily, belly fat is the easiest kind of fat to lose if you stay active and eat right. Aim for about 1,500 calories a day while incorporating these middle-whittling power foods, backed by research, into your diet.

Chocolate
Savor one to three ounces of at least 70 percent cacao chocolate a day. In one study, women with excessive body fat ate a chocolate-free diet of 1,700 calories a day for a week. The next week, they had the same number of calories — but with 515 of them coming from dark chocolate each day. At the end of the second week, the women, on average, had shed a half inch from their waists. Chocolate contains flavonoids called catechins, which seem to reduce insulin sensitivity and the production of the stress hormone cortisol. “Erratic insulin levels and cortisol are powerful in their ability to pack on belly fat,” says Pam Peeke, MD, a FITNESS advisory board member and the author of Body for Life for Women. Dark chocolate is also high in monounsaturated fatty acids (MUFAs), which fight inflammation. Fat cells, particularly those in visceral fat (the dangerous kind in the belly that can lead to diabetes and heart disease), churn out molecules that set inflammation in motion. It’s a vicious cycle, because inflammation leads to belly fat, and belly fat leads to more inflammation.

Vinegar
Pucker up for flatter abs: In a study, test subjects consumed a daily drink containing either one or two tablespoons of vinegar or a nonvinegar placebo. After 12 weeks, those who downed vinegar had a lower body weight, body mass index and waist circumference and less visceral fat. The researchers noted that the acetic acid in vinegar appears to help inhibit fat production. Swigging vinegar isn’t necessary; instead, you can incorporate it into dressings and marinades.

Dairy
Milk the benefits: In one study in the Journal of Nutrition, overweight and obese women who ate six to seven servings of dairy a day lost nearly twice as much visceral fat as ladies who had one or less. Another study found that dieting test subjects who consumed 1,100 milligrams of calcium a day from yogurt lost 61 percent more body fat and 81 percent more belly fat than those who did not consume yogurt. “Dairy contains the two highest-quality sources of protein — casein and whey,” says Stuart M. Phillips, PhD, a coauthor of the first study. “This, in combination with nutrients like calcium and vitamin D, aids in muscle preservation, appetite regulation and fat loss.” Skip skim in favor of 1 percent milk. “Dairy fat contains conjugated linoleic acid, which has been shown to help reduce visceral fat,” says Erin Palinski-Wade, RD, a coauthor of Flat Belly Cookbook for Dummies.

Green Tea
Sip, sip, hooray! Like chocolate, green tea is rich in catechins that appear to whittle your waist. A review in theJournal of Nutritional Biochemistry reported that consuming 270 to 1,200 milligrams of these catechins daily may help you shed pounds and fat. “Green tea catechins may prompt your body to burn more fat and calories, particularly in the period just after each meal,” notes Kevin C. Maki, PhD, a coauthor of the review. The average cup of brewed green tea contains 111 milligrams of catechins, so just two to three cups a day could be beneficial.

Blueberries
You’ve heard that these little guys are packed with a host of health-boosting properties. Now preliminary studies suggest they’re effective at combating belly fat too. When researchers at the University of Michigan Frankel Cardiovascular Center mixed freeze-dried blueberries into the diets of obesity-prone rats, the rotund rodents had less abdominal fat after 90 days. Another study on cell cultures in mice, conducted at Texas Women’s University, found that blueberry polyphenols actually prevented fat cells from forming. The study authors aren’t yet sure how these findings might be replicated in humans, but many experts believe a serving or two of blueberries a day could benefit our bellies. “Blueberries are filled with manganese, which helps convert proteins, carbs, and fats to energy, and is the key to shedding abdominal fat,” Palinski-Wade says. The high antioxidant content also works to reduce stress hormones and inflammation in the body, Dr. Peeke adds.

Flat-Belly Checklist
At the foundation of any slim-down plan is a healthy diet rich in whole, unprocessed foods, and the right mix of carbohydrates, protein, and fats is also key for shedding ab flab. Use this guide at most meals.

Consume quality carbs. A Pennsylvania State University study found that people who ate five servings of whole grains a day lost more than twice as much abdominal fat as those who didn’t eat them.

Pack in the protein. Whether you get it from tofu, legumes, quinoa, lean meat, poultry or fish, protein is essential for filling you up, maintaining muscle mass and, yes, shrinking your belly, according to research.

Focus on healthy fats. Omega-3s (found in fatty fish, walnuts, and flaxseeds) and monounsaturated fatty acids, aka MUFAs (found in olive oil, nuts, seeds, and avocados), are your friends. “MUFAs help to fight inflammation, and omega-3 fatty acids help to lower the production of stress hormones that cause your body to store fat, especially in the belly,” says Dr. Peeke.

Eat Your Way to Awesome Abs
Here are ideas for squeezing a sampling of the best flat-belly foods into your day.

Snack options (eat one or two a day):

P.S.  Combine the above meal plan with a consistent exercise plan and in no time you will have a slim and sexy mid-section. The keyword here is consistency. You must stick to your plan no matter what and in time you will see  results.

One Response to Eat the right foods for weight loss